Hydroacoustic systems represent a powerful tool for fish stock assessment. SONAR, for instance, is used during acoustic surveys on lakes and at sea to estimate fish biomass below the survey vessel or in case of side-scan SONARs laterally. Low-frequency SONAR (30 - 200 kHz) can be applied in watercourses to laterally detect and determine upstream or downstream migrating fish densities. We use this technique for instance to count fish in cooling water canals (Sonny et al., 2006). Echo sounders allow the development of further applications in sea and fresh water. Acoustic cameras integrate the backscattering pictures of several beams into video streams. We use our acoustic cameras to investigate the response behavior of fish to electric fields, to determine the density of migrating fish schools, or more recently, to observe the behavior of sharks (Video).

Our Hydroacoustic Systems in Action 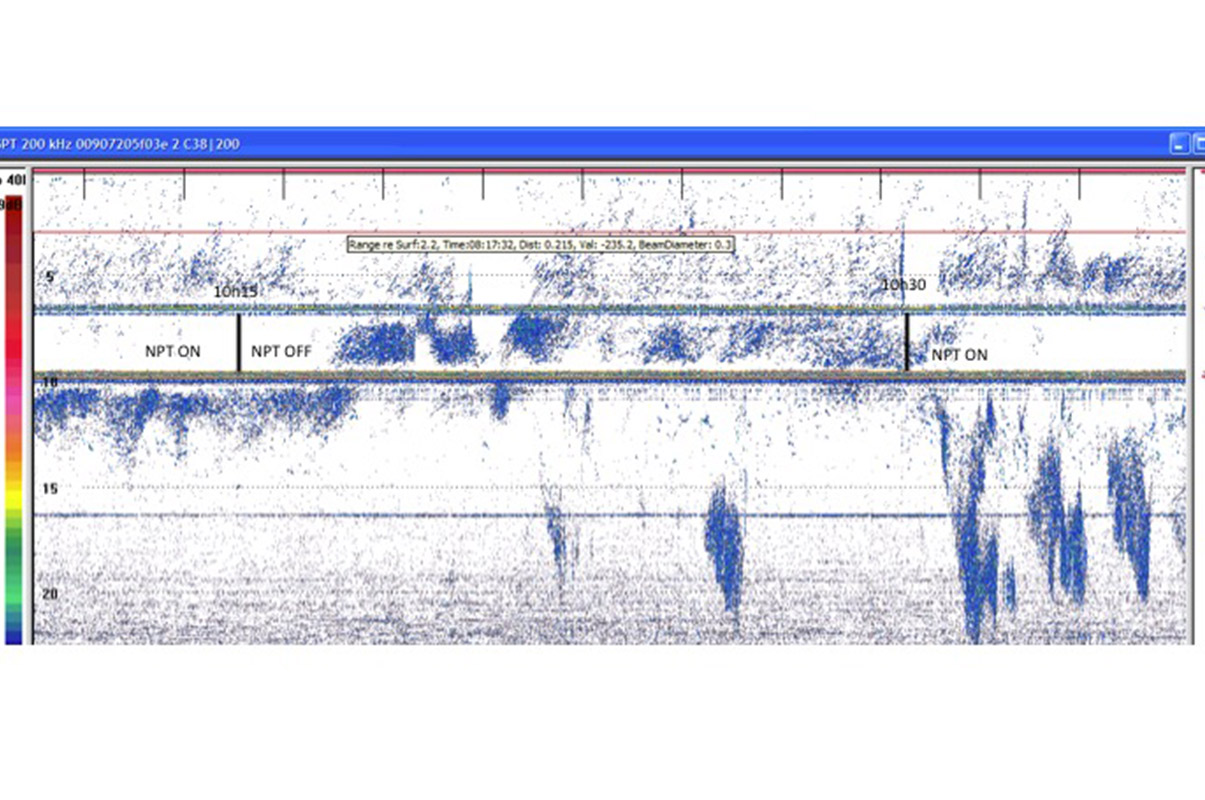 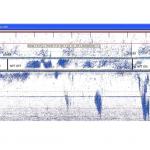 Acoustic cameras integrate the echoes of a large number of high-frequency beams (600 - 2200 kHz), thus producing image records with a resolution that approximates that of conventional video records. Even species distinctions are usually possible with this method. Acoustic cameras are particularly suitable for investigations in environments in which video cameras are unsuitable, e.g. due to the water turbidity or turbulences. In addition, they are not invasive unlike telemetric techniques.