At the beginning of this year, PROFISH has built and installed, on behalf of the French Rhine-Salmon Association (Association Saumon-Rhin), a system for catching downstream migrating salmon smolts at the the Niederbourg hydropower station of HYDROWATT in France. The objective of this trap is to be able to: (1) quantify the population that passes the valves 3-5 of the hydropower plant, (2) to genetically sample the smolts leaving the Ill basin and (3) to evaluate natural reproduction.

In addition, PROFISH installed a RFID fish detection system at the remaining valves 1 and 2 to automatically detect the fraction of smolts, that will be tagged and released upstream but do not pass via the area of the fish trap.

The results will thus provide information on the overall migratory smolt population and are therefore of great importance for the further improvement of the restocking project.

The study will last 3 years with tagging starting at the beginning of March. We will keep you informed about the tag recoveries.
Do not hesitate to contact us for further information about the project. 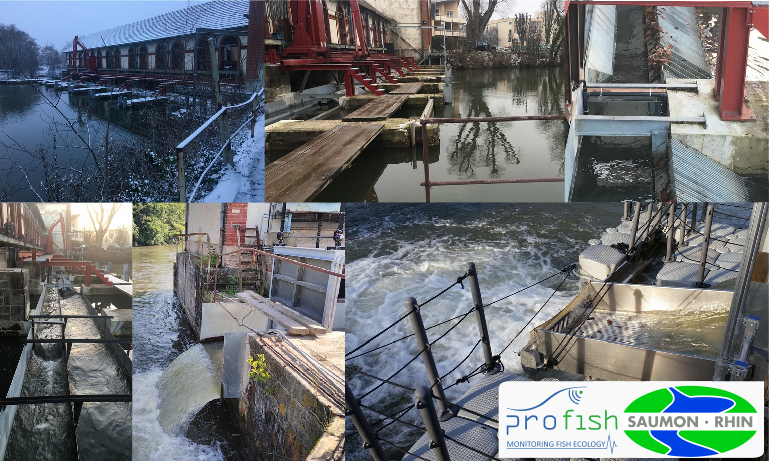